A Summary of Our History 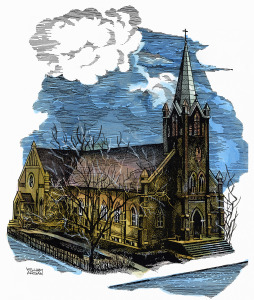 Blessed Sacrament Church is a worthy tribute to Regina’s Pioneer Catholics.  It is the first and oldest Roman Catholic faith community and church building in Regina, and the city’s second oldest church still in use.

The Roman Catholic community of Regina and district constructed 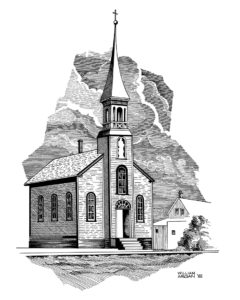 its first church on Cornwall Street and 12th Avenue in the latter part of 1883 and named it St. Mary’s Church. It seated 200 people. Fr. L.N. L’Arche was the first pastor and the church was officially dedicated in August 1884 by Archbishop Tache of St. Boniface. The parish became headquarters for many of the Catholic missionaries who served throughout the prairies at that time.

In November 1885, following the funeral mass for Louis Riel, his body was temporarily buried in a grave at the side of the altar, before being removed to St. Boniface. 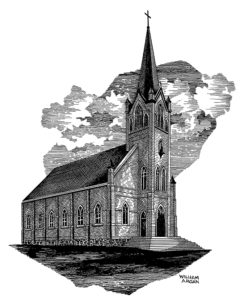 The Oblate Fathers built the church on Scarth Street in 1905 and called it St. Mary’s Church.  Next Door, St. Mary’s School was opened in 1908 and closed in 1932.  The Saskatchewan Transportation Bus Terminal and Reliance School occupied the building before it was replaced with the Saskatchewan Power Corporation building in 1963. 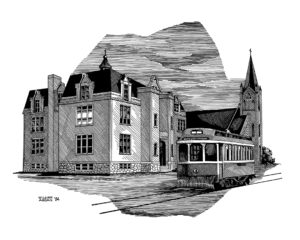 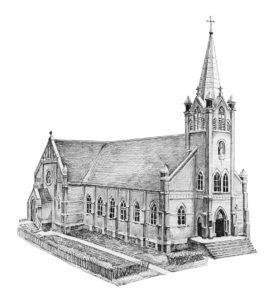 Church was renamed ‘Blessed Sacrament’ and the name St. Mary’s was assigned to St. Joseph’s Hall on Winnipeg Street, where the New St. Mary’s Parish was born.

In the mid 1950’s the beautiful stained glass windows were designed, crafted and installed by Raoult Freres of Normandy, France.  In 1973, the Allen Organ Company installed the 41-stop organ, the first of its type in western Canada.